Once you turn iCloud on you can share Notes, Contacts, Calendars, Reminders, Safari Bookmarks and Photos between your devices.
To begin this process open Settings on your mobile device.

Then click on iCloud which is immediately below General in your settings. 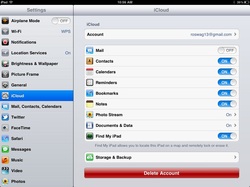 On this screen you will need to enter your iTunes account you wish to use. Then turn on the different apps you wish to sync. On your computer Notes show up in your Mac Mail. The Reminders appear in iCal. Photos you take on your iPad, with at least 20% of battery life, will automatically go into Photo Stream which will appear in iPhoto on your computer or in Photo Stream on any other iPad, iPod Touch or iPhone you have synced with the same iTunes account. The image to the left is for iOS 9 or older. For newer versions the place to login to iCloud is the first option in Setting.

This site has ideas for using iPad apps in Literature Circles.

Under Accessibility in the settings there is an option for VoiceOver. This will speak items on the screen. It will also tell the user where the Home button is in case the device gets turned around.

shortcut to adjusting volume and brightness on ipad

There is a shortcut to adjust the brightness and volume on your iPad that you may not know about. Double-click the Home button and then you will see theprograms open scroll to the left to view the controls for Brightness and Volume. Use the slider to make the adjustments you need and then click the Home button once to get back to your main screen.

organizing apps on the iPod touch or ipad 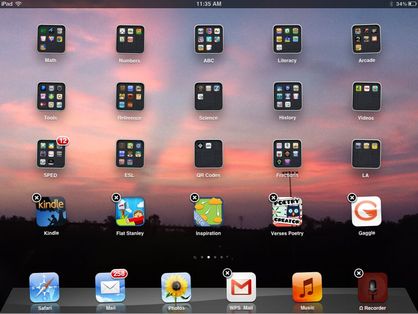 
First put your apps in grops like folders. To start this process click on an app until it starts to shake and has an x in the corner as shown here.


Click on the app you want to move and drag it to the location or page you want to move it. For students I like to put all of one content on a page. For instance with the set that is checked out there is a page for Language Arts and Reference apps, one for Math related and one for Science and Social Studies.

Next you can group your apps by more specific skills such as ABC, Math Drills, Fractions, Flash Cards, etc. To do this drag an app over another app. Then the folder will be created and you can change the name of the folder to suit you.

The We Are Teachers community have complied teacher reviewed apps from the teachers around the country that belong to this community. These apps can be found at http://www.weareteachers.com/educational-app-reviews.

​The Fry Words app has all the Fry sight words divided into groups of 10. When using this with a student or group you can click on the star at the top left-hand corner for words that need to be reviewed more. It creates a special list of the words that need more review. The other neat thing about this app is that you can create your own list of sight words for the students to review.

​This app has several Math tools that you may have already used such as hundreds chart, number lines, number houses for Math facts, and more. It is free and only needs iOS 8.1. Students can interact with the tools to gain a better understanding of the Math concept you're working on in class.

cloud on app for the ipad

The Cloud On app interfaces with Dropbox, and Google Drive and lets you edit and create Office documents on your iPad. The only big drawback is that you need to be on Wi-Fi when you're using it. 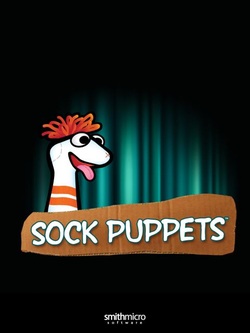 The Sock Puppet app allows students to make up a story using sock puppet characters. There are 6 characters to choose from and they can select up to 4. Then they pick out the background for the story setting and any props they wish to use. The app will pick up the child's voice and make the mouth of the puppet move. Click the record button to start recording the story and when the story is finished click the stop button. Then the app will scrub the voice so the students actual voice doesn't come through. It can be saved for later and even published on YouTube, Facebook or in the Photos on the iPad. This is a great app to work with language development. 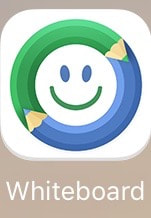 The Whiteboard app can be used as a whiteboard to write on or collaborate. It can connect with one other iPad within the same wireless network for students to work on together. Another nice feature is that photos taken on the iPad can be imported into the app and then annotated. For instance you could use this app to make an ABC Book by having students taking pictures of items around the classroom then drawing the letter the beginning letter of the picture. It can also be used in Math to take pictures of geometric shapes found around them and then writing the shape or other features about the object on the picture.

After the annotating is complete the new image is saved. If you select to save it in Google Drive then you can view it on your computer later or even print it out if that is the end goal. The images then can be inserted in a Google Slide document or Doc. For this to work the user will need to sign into Google Drive on the iPad.
Powered by